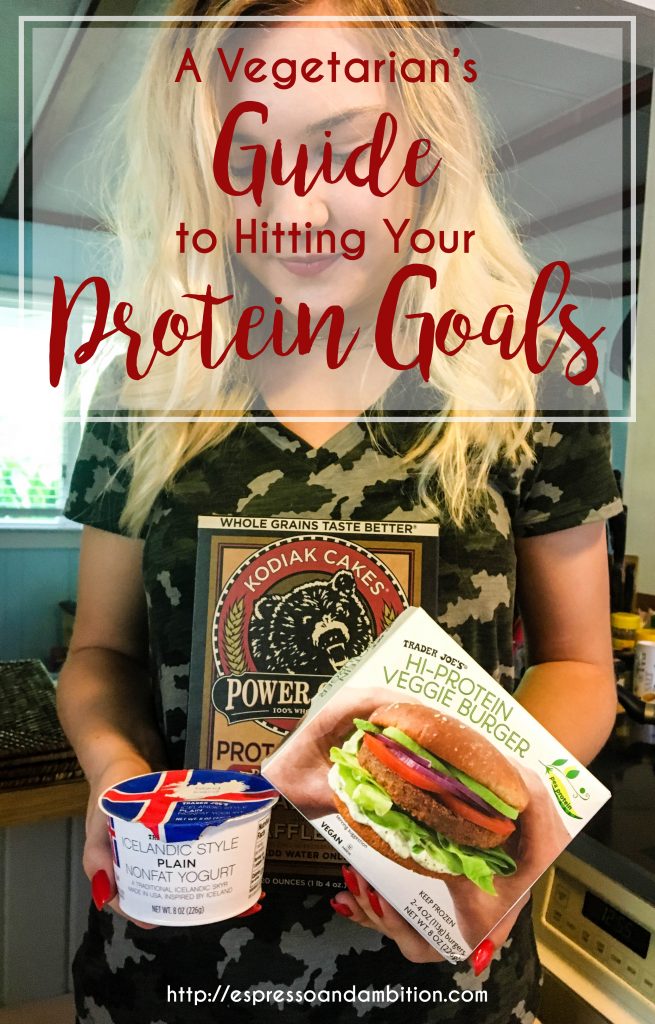 I’ve been a vegetarian for about a year and a half now, and at this point in my life, I think I’m going to be sticking with it for a while. (I’ve tried being vegan too, but that one didn’t stick.) I don’t miss meat, but there are certain struggles that come with going meatless. The main struggle is getting enough protein, especially when you’re tracking macros and trying to get 35% of your daily calories from it. If you’re in a similar position – whether you’re trying to cut out meat little by little or you’ve been a vegetarian and are trying to get more protein into your diet, this post is for you!

I’m picky about my protein powder. If I’m drinking a “protein shake,” I expect a huge proportion of the calories in that drink to come from protein. Right now, my current favorite is Quest. Clocking in with only 0.5 grams of fat and 3 grams of carbs, this stuff is pretty darn pure. It also tastes way better than you’d expect for that kind of nutritional content. I like to have this right after a workout – I mix it with half water, half almond milk.

Bet you weren’t expecting pancakes to make it onto a list of protein sources, were you? Somehow, these pancakes have 14 grams in one serving – they’re my new breakfast food of choice. Next up, I’m trying their chocolate pancake mix, because yum.

Y’all, 22 grams of protein in an 8-ounce cup of yogurt is insane. I’m not a huge fan of plain yogurt, so I usually a packet of stevia and a sprinkle of cinnamon to my yogurt. It’s just sweet enough to satisfy my sweet tooth at the end of a long day or as an afternoon snack.

If you’re looking for a protein source without any calories from fat or carbs, you’ve hit the target. Egg whites aren’t exactly the most flavorful option, but a little garlic salt does the trick in spicing them up. But seriously, 26 grams in a cup is too good to pass up, especially when you’re trying to get your macros to add up just right. 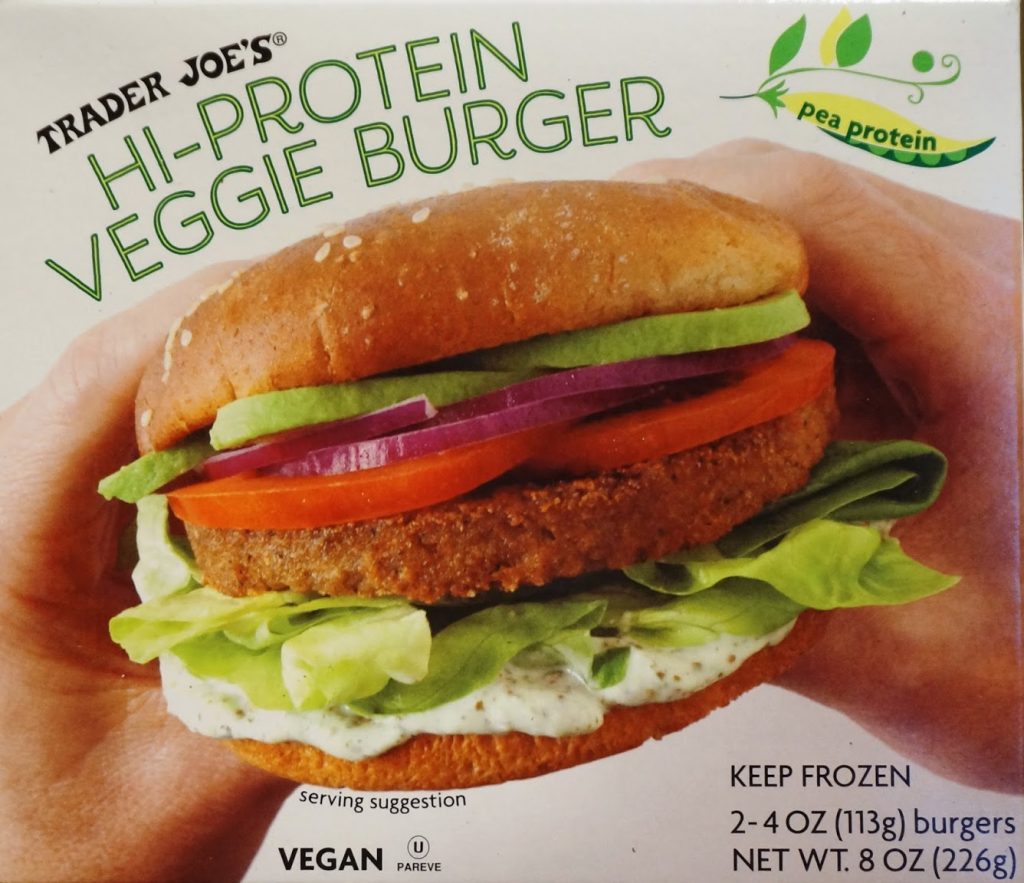 If it’s not already clearly evident, I really love Trader Joe’s food. These veggie burgers have been my new favorite discovery. While I love those veggie burgers out there that mimic the taste of real meat, sometimes you actually want a veggie burger that tastes like, well, vegetables. This one does just that.

Much like powders, I feel like I change my favorite bar once every few weeks. Right now, I’m on a kick with these bars. In particular, the Birthday Cake and the Blueberry Cobbler ones are my favorites. I’m actually not big on chocolate-y protein bars most of the time, so these are wonderful.

Have you tried any of these (and if so, what’d ya think)? Or do you have any other good protein-packed recommendations? Let me know in the comments!