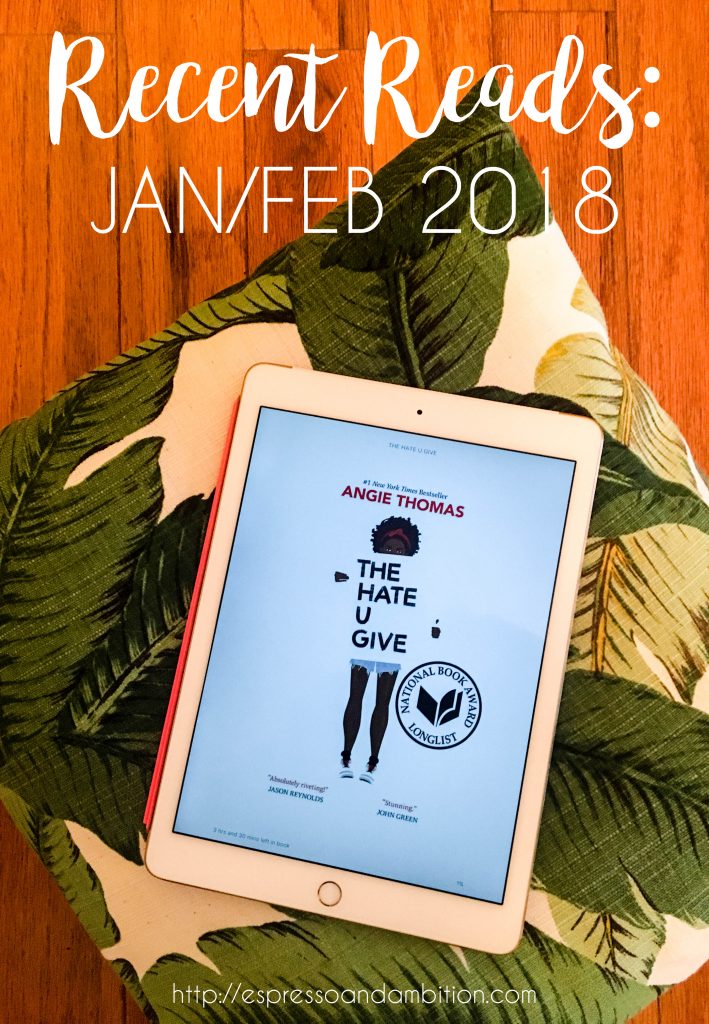 Since I’ve ramped up the number of posts I write weekly this year, I also want to amp up the number of book-related posts I write as well. I love reading, and I want to share more than just my favorite books like I did last year. So instead, for 2018, I’m going to write a new book post every two months. These are going to highlight every single book I’ve read during that time – the good, the bad, and the ugly (although I rarely read books that I’d consider “bad,”  to be honest).

I read Bad Feminist last year, so when this book came out, it was automatically on my reading list. This is an incredibly interesting read about the author’s relationship with her body, specifically, as an obese woman. She makes some really interesting points, and it’s a perspective I never would’ve gotten otherwise.

How to Be a Bawse by Lilly Singh

I feel like so many YouTubers are writing books nowadays, but let me tell you: this one is good. Lilly is hilarious but has some really, really solid advice about owning who you are and turning that into your own success. It’s inspiring and an all-around good read if you’re trying to make things happen.

I don’t know how I made it through high school without reading this book, but I did. I figured now is as good a time as ever. I read the whole book in a day.

Ooooooh, I love me some good drama. This was centered around three women, the secrets they keep, and how those secrets manifested into a huge dramatic event on the school’s trivia night. There’s not a ton of hints regarding what the event is until it happens either, so you’re left sitting on the edge of your seat wondering not only “who did it,” as you do in a normal mystery, but also “what was actually done to begin with?”

Into the Water by Paula Hawkins

This book took me longer to get into that I expected. It took me until I was 60% through to really get pulled in – which was way longer than it took me to get into Paula Hawkins’ other book, The Girl on the Train. It’s a good book nonetheless, but it does drag a bit at the start.

The Hate U Give by Angie Thomas

I’m actually in the middle of this book now, so I’m not sure if it really counts as a January/February read, but wow oh wow is this book good. It’s about a boy killed by the police, which is something that’s particularly relevant in today’s culture. You hear about the incidents on the news regularly and they break your heart/make you angry at injustice, but having the emotions behind such an incident written out so plainly in this fictional retelling is something else entirely.

So many good books these past two months! I’m a little behind on my reading goals from where I was last year, but hopefully I can catch up once life gets a little less hectic.