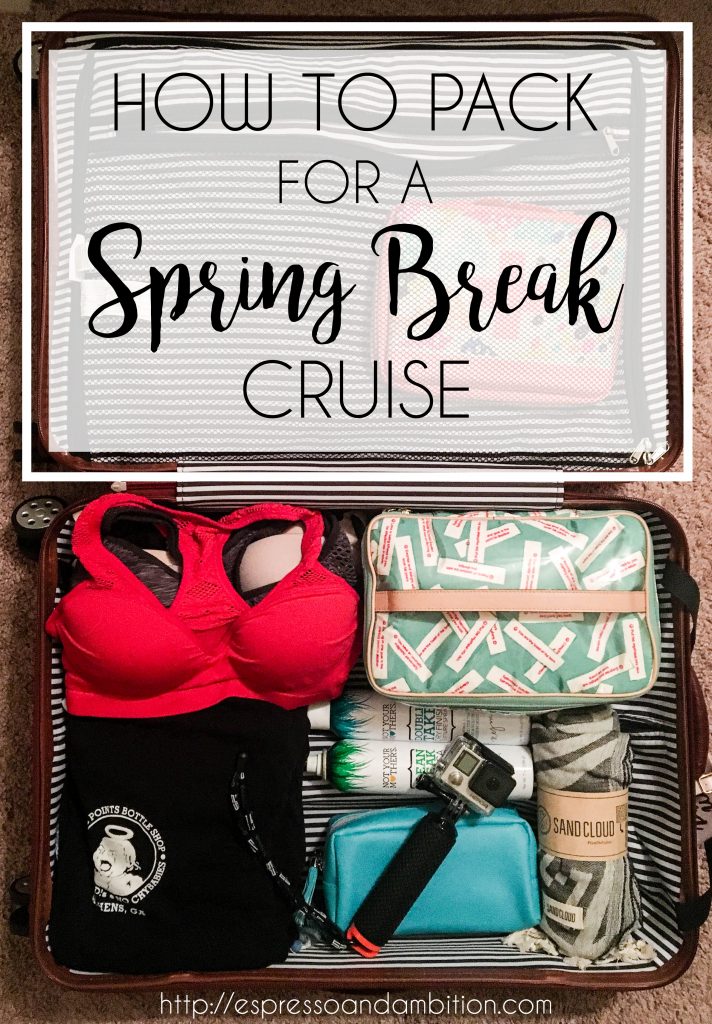 For spring break this year, I went on a cruise with a bunch of my friends (which will definitely end up turning into a vlog on my YouTube channel, so stay tuned for that). Anyways, for anyone else going on a cruise soon, I decided that a post about what I’m packing might be helpful!

I’m giving you guys a full rundown of what I’m packing, but your cruise may require something different. For example, for my cruise, the five dinners are split in regards to dress code. There are 2 casual nights, 2 smart casual nights, and 1 formal night. That affected the clothes I chose to bring. So check your cruise’s packing list, and make sure you’re dressed properly for each of those nights!

So, as a general disclaimer (and one that I include on basically every one of my packing posts), I overpack. I just generally prefer to air on the side of bringing too much rather than bringing too little, especially when I don’t have easy access to a washing machine.

For daytime, I packed…

For dinners, I packed…

Because I do like to be overly prepared, I also threw in a few extra items – namely, a pair of black jeans, 2 bralette/tank combos, and a bodysuit. This is just in case I end up wanting to wear multiple outfits during the day or change into something more casual-cute after dinner. I also threw in some pajamas and a few workout outfits.

And that’s it! I think I ended up bringing just the right amount of stuff, and I can’t really think of anything that I forgot and that I wish I’d brought with me.