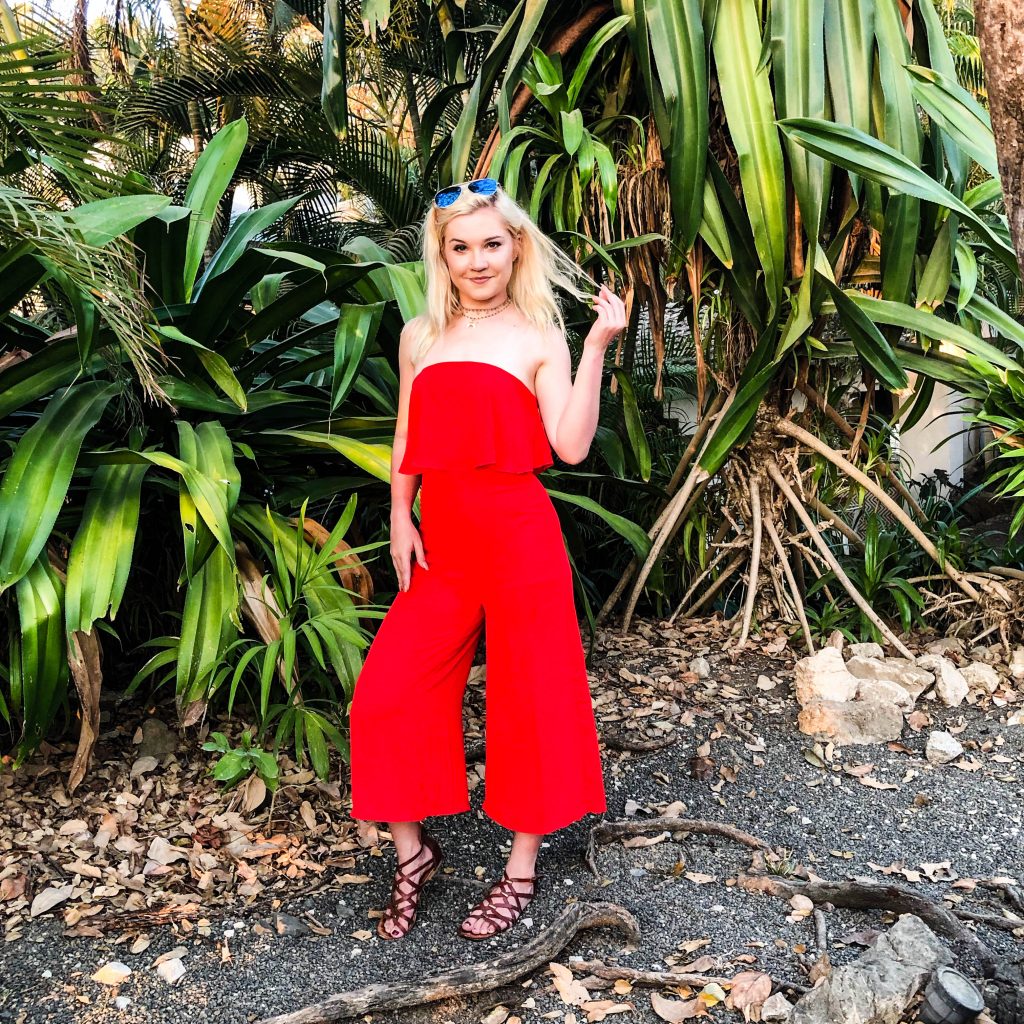 I have, quite honestly, struggled a lot with writing this post. Normally, I can write one draft of a  post and I’m done – but this time, I’ve struggled a good bit with trying to figure out how to best express all the thoughts I have about this topic. Maybe it’s because I’ve got so many different ideas and it’s hard to put them in a cohesive order, or maybe it’s because this topic has a lot of nuance and I’m trying to do it justice without saying the wrong thing – but either way, I think a lot of it stems from just how personal this topic is to me.

The fitness industry is flawed in a whole lot of ways, but the way that so much of it paints itself at odds with the body positivity movement is perhaps one of the most toxic. I can’t go a day without seeing an ad for some sort of “detox tea” or some other “miracle product” whose primary purpose is to make you drop weight fast, as if that’s the only thing that matters. I see so many people wearing waist trainers when working out, even though it’s proven that they do absolutely nothing for you (and it’s actually like, a really unsafe thing to do when you’re doing cardio). I’ve watched a personal trainer body-shame a client to their face as “motivation.” There’s so much of the industry that’s based on this idea that being “fat” is a fundamental flaw, and that you should get involved in fitness purely to change that.

And that ideology is awful. It’s a terrible mindset that to instill into people – and it means that there are parts of the industry that are wholly profiting off of people’s insecurities. There are, of course, proven health risks that are correlated with obesity, but acting like physical appearance is the sole indicator of health and that changing how you look is the most important reason to start working out is so incredibly simple-minded.

Health and fitness should be (and is!) about so much more than that. Keeping your body healthy shouldn’t be treated like the antithesis to loving that same body no matter what it looks like. Those two things should go hand in hand. Working out with the sole purpose of changing how you look isn’t sustainable, but working out because you love how it feels is.

So for all that I’ve just gone off on how the fitness industry can be so incredibly damaging and antithetical to the body positivity movement, that’s not how this story ends. Because while that may still be the mainstream, commercialised narrative of the fitness industry, it doesn’t have to be that way. For me, getting into weightlifting was the single best thing for my self-image – and not just because of any changes it made in the mirror. Instead, it taught me an appreciation for all of the incredible things that my body’s capable of – I stopped looking at working out as a way to lose weight and I started looking at it as a way to test my limits and as something I was doing for my own enjoyment. It improved my relationship with food – I spent years with on-and-off disordered eating habits, and switching up my mindset allowed me to finally see food for what it is: fuel.

I haven’t weighed myself in over six months because I realised that my relationship with the scale wasn’t a healthy one, I work out purely because it makes me happy, and I eat in a way that gives me energy and satisfies my cravings. And I’m not alone in this – I know so many people who have fallen in love with fitness in this same sort of way; when you take the ‘you’re inherently flawed and need to change that by working out’ mindset out of the picture, the story changes entirely.

But… how do we get there?

It’s more than possible for an industry that supports people getting healthy to coexist with a movement that appreciates people’s bodies no matter what their current shape or size – the current state of the fitness industry doesn’t, but that doesn’t mean it’s impossible. But so long as people let this industry prey on their insecurities the way it does, and let this appearance obsession dominate the narrative of ‘reasons to adopt a healthy lifestyle,’ nothing’s going to change. And maybe that’s where the body positivity movement becomes even more important – because if we’re ever going to align the fitness industry as a whole with these (much better) reasons to make healthy decisions, we need to inspire people to be confident enough in their own skin that this toxic mindset is no longer profitable.

Do I have a perfect solution for this? No – and perhaps that’s yet another reason I’ve struggled to write this post so many times. It’s weird to write a post that doesn’t actually have a solution at the end – it feels incomplete in a way. But recognising that the mainstream mindset is massively flawed is perhaps an accomplishment in itself; it allows people – fitness professionals, “influencers,” and everyone in between – to start a conversation to deconstruct that mindset and replace it with a better one.

So long story short? Fitness should about learning to love your body at every stage for the things that it’s capable of doing, not about hating it until it meets a certain checkpoint. Don’t let anyone tell you otherwise.